“I felt strongly about this issue before I had a daughter, but now I am even more angry that she will grow up in a world that treats women this way.”

“If your product is any good, you don’t need sexism to sell it.”

“Sexist imagery in advertising affects all women and their self esteem.”

“Sexist adverts are lazy and unnecessary advertising, which make women and men feel uneasy and alienated on a daily basis.”

“The attitude to women on the media is subtle and insidious. It subconsciously influences everyday life.”

Some sexist adverts are just absurd as well as offensive. 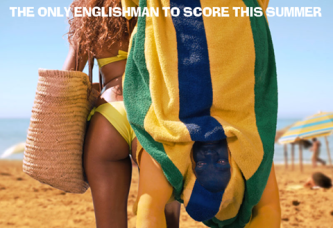 ‘Paul the towel guy’; the brand tying itself to the persona of a lecherous man who sits on the beach, staring at women’s bums.

During the 2014 World Cup there was considerable public concern about sex tourism in Brazil.  ‘Its a penalty’  was one campaign run with the support of the England men’s football team, looking at the specific issue of the sexual abuse of Brazilian children in prostitution.

However, Brazil’s concern’s about sexualisation and exploitation of its citizens did not stop some brands trying to use puns about ‘scoring’ as in goals with references to ‘scoring’ as in sexual conquest. 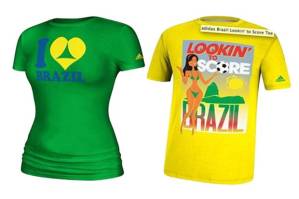 T-shirts withdrawn by Adidas after formal complaints by Brazilian Government

Adidas stopped the sale of ‘Looking to score’ T-shirts after a personal intervention by Brazilian President Dilma Rouseff  who asked for sexual stereotypes of Brazilians to be stopped.   The country’s tourism minister said: “any links between national icons and images with sex appeal” were against the country’s official marketing policies. “Such an attitude indirectly contributes to committing crimes such as sexual child and adolescent exploitation.” 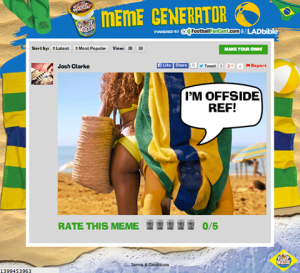 One of the worst UK market offenders was the Unilever Brand Pot Noodle, featuring ‘Paul  the Towel Guy’, an anthropomorphic ‘towel’ sex tourist who leered at partially clad women on Brazilian beaches with slogans like “I like to fork on the beach”  and “life’s a beach and I intend to sit on it.” With a tie in to Zoo magazine helping to promote the brand, the lads mags market were encouraged to engage with the product through meme generators, enabling more explicit messages to be promoted. 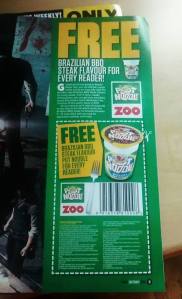 In the past the UK Advertising Standards Authority has upheld complaints about Pot Noodle for sexist advertising  However on this occasion, it was disappointing that Object’s complaint about this world cup campaign was not upheld.

We are using it as one case study for our #NoToSexistAds petition which is taking off on Change, alongside other examples from elsewhere in Europe of women’s body-parts being used to sell products which have nothing to do with women’s bodies.

On International Women’s Day three European organisations will launch a petition on Change.org – ‘No to sexist adverts’

WECAMS (Women’s European Coalition Against Sexism Media), is a coalition created by three organisations which have long specialised in the fight against sexist advertising, Donne in Quota, Italy, Object in Great Britain and Les Chiennes de Gardes in France.  They have decided to pool their energies to fight at European level against gender stereotypes in advertising.

The petition will be delivered to the European Parliament’s Committee on Women’s Rights and Gender Equality to insist that its resolutions are no longer be flouted by companies and their  advertising agencies. 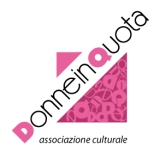 On 13 February 2014, WECAMS met with the European Advertising Standards Alliance (EASA) once again to urge them to act in the following areas:

–          EASA should commit to respecting the European Parliament resolution that prohibits sexual stereotyping in media;

–          EASA should make clear recommendations to its members to end assessments of advertising according to ‘taste and decency’ criteria; they should assess them with reference to equalities legislation;

–          EASA members should include clear definitions in their codes of sexual objectification and sexual stereotyping, along with criteria to identify these and explanations of why they are harmful;

–          EASA members should liaise with women’s groups to develop more robust codes (or have women experts on juries or committees).

EASA representatives responded that the network has no code of its own; each self-regulatory organization (SRO) has its own code and EASA’s recommendations are non-binding. Additionally, the level of control that the European SROs have varies from country to country. Advertising is rarely vetted prior to broadcast or publication, for example. WECAMS urged EASA to use its influence and play its role of standard-setting and promoting best practice. We agreed that there may be opportunities for WECAMS to deliver training for the SROs on what constitutes harmful and discriminatory content, as well as sexual stereotyping and we are currently identifying opportunities to provide such training to the maximum number of advertising regulators.

This is the result of the fashion industry moving towards an aesthetic that relies on the objectification of women. Fashion photography reminds us that the art of covering nudity, without letting it be forgotten, constitutes the height of eroticism; clothing that uncovers, suggests and reveals as much as it hides becomes a seduction tool. It is significant that the most expensive clothes are often those that cover the least, as if the privilege of revealing one’s body in public, while remaining chic, should come at a high price.

The ambiguity between the world of advertising and the world of pornography is increasingly raising questions. In December 2013, the Italian online magazine NSS Mag launched ‘Fashion or porn?’, a disturbing virtual game showing internet users explicit images. One sees close-up images of young women’s faces with expressions that appear to show them close to orgasm, or other naked body parts. The viewer has to guess whether the images are taken from fashion photography or pornography. Easy? The lines between the two worlds are often non-existent; the clichéd images simply have to be taken out of their contexts. The proof lies in this game, which offers no response to the controversy, but still makes viewers think about the omnipresent sexualisation in our society: if we can no longer tell the difference between the two, are fashion and pornography really so different?

By leaning on pornography references to attract public attention, the worlds of advertising, entertainment and fashion will be forced to go further and further. This is a route that will lead to ever more extreme exhibitionism to satisfy a public whose voyeurism is already well established and developed.

In November 2013 WECAMS (feminist organizations Chiennes de Garde from France, DonneinQuota, from Italy and OBJECT from the UK) met with the European Advertising Standards Alliance (EASA), which the network of advertising self-regulation bodies. Its purpose is to promote ‘best practices’ in advertising. In a meeting held at the European Parliament, and with strong support from MEPs Mary Honeyball (UK), Sylvie Guillaume (France) and Silvia Costa (Italy), we presented our positions to EASA and representatives of its member bodies.

We explained why sexual objectification and sexual stereotyping of women and girls constitutes discrimination, and emphasized that objective criteria exist to assess whether the content of an advert is discriminatory. We pointed out the inconsistencies in ads being judged as sexist and banned in one European country but not others. We called for tighter guidelines to regulate advertising, in line with European Parliament resolutions on ending discrimination and in consultation with women’s rights organizations across Europe. We argued that standard-setting would be positive for the advertising agencies themselves; people who work in the industry have told us of the pressure from corporate clients to develop sexually objectifying advertising campaigns, and they would no longer be forced to participate in this.

WECAMS was established to campaign for responsible advertising, highlighting the industry’s massive influence in shaping society’s ideas of what is normal, acceptable and desirable. Research shows that exposure to images that sexually objectify or stereotype women can damage women and girls’ self-esteem and mental health, limit and shape their aspirations, and foster sexist attitudes and behaviours among men and boys. Such images are currently commonplace in advertising.

Yet despite countless studies that demonstrate the discriminatory nature and harmful effects of such advertising, many advertising regulatory bodies still consider sexism an issue of ‘taste and decency’, rather than one of discrimination. Complaints against sexist portrayals of women and girls in adverts are upheld only if they are likely to cause ‘serious or widespread offence’, and a great deal of sexist advertising is judged inoffensive. For example, if demeaning portrayals of women are placed in men’s magazines, they are likely to be deemed ‘humorous’ and unlikely to cause offence to the target audience. And the content is only judged according to ‘prevailing social standards’ – so if discrimination against women is commonplace, sexist advertising won’t stand out as tasteless or indecent.

As a result of our meeting, EASA has promised to consider how it could use its standard-setting role to help end sexism in advertising. We look forward to further collaboration and concrete steps towards change.

The Women’s European Coalition Against Media Sexism has secured a meeting with the European Advertising Standards Agency (EASA) board in September 2013. EASA is made up of national advertising self-regulatory organisations and organisations representing the advertising industry in Europe and beyond. It is the single authoritative voice on advertising self-regulation issues in Europe. In order to fulfil its objective of promoting responsible advertising and maintaining a high level of consumer protection, EASA must challenge the discrimination and objectification of women.We are really looking forward to working with EASA to tackle harmful portrayals of women in advertising.