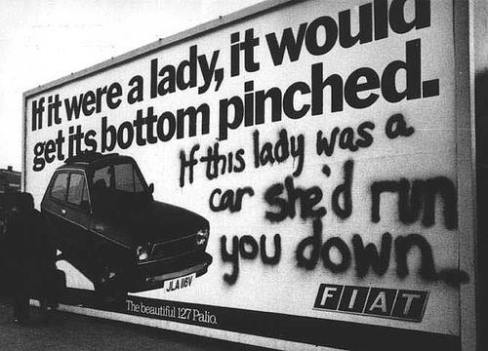 This photo was taken by Jill Posener in London, on Farringdon Road in 1979. Object is grateful to Jill for permission to use her work.

In the late 1970s a cheeky bit of Feminist Graffiti was photographed by Jill Posener on Farringdon Road in London. The Fiat ad said “If it were a lady it would get its bottom pinched.”  The spraypainted response “If this lady was a car she’d run you down.”

The photo became an iconic image of women publicly hollering back at daft sexist adverts.

In late 2014 a new mini promotion was launched. 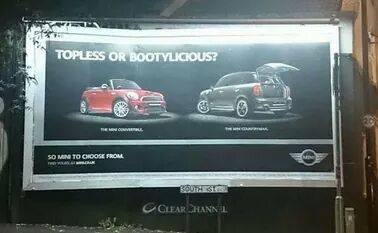 Topless or bootylicious asked the slogan? Most people who contacted Object suggested it was just ridiculous and slightly sad rather than something that merited a formal complaint.  So we created a competition to ‘reslogan’ the adverts. 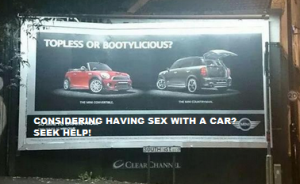 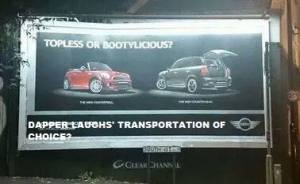 The consensus via twitter was that ‘Mindless or gratuitous? Sexism in 2014’ was the best reslogan.